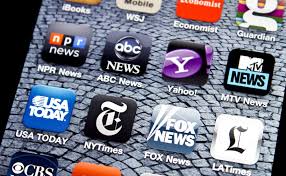 When dealing with even a potentially controversial issue, don’t be afraid to ask your questioner your own questions. For example… “Can you give me an idea of how you came by this information?” (They’ll never tell you specifically, but you might get enough of an idea to help you know what’s going on behind the scenes… which will help before the camera or tape starts running.)

Tip Number 7) The Worst Thing You Can Do

Never, ever, say, “no comment!” That is simply the worst thing you can do in a controversial situation. If there’s one thing the media cannot forgive (in controversial AND non-controversial situations), it’s someone who will not talk to them. This is, in their minds, the ultimate sin, a peche mortel. Guaranteed, they’ll stick your “no comment” comment in the middle of the story and make it look like either you’re an idiot, or you have something to hide, or both.

Be ready beforehand to explain your answers carefully. However, if indeed you are asked a question you don’t want to answer at that moment, one approach is to state you need more information from your sources (they have their sources, you have your sources… only fair, right?) before answering and you will get back to them once you have that information. That will buy some time to frame an answer… but make sure you do get back to them.

If you are unsure or nervous under these circumstances, consult a media relations/crisis situation professional. Run it by them, and practice your answer.

Tip Number 8) Market to the Media

Surprise, surprise! The news media wants exactly what you want… they want to get ahead in their jobs. If you can make their jobs easier, or if you know their hot buttons, your job (in terms of dealing with the media) will be a lot easier. This is the first rule of media relations. Marketing is basically the art of meeting the wants and needs of your public(s). In this case, the public is the news media and you want to market to them, by finding out their wants and needs.

Know the reporters who cover your story. That is the number one complaint of reporters, people pitching them don’t know what they write about. Every publication has a web site… go there. Do searches for articles about your topic. Stories will pop up. Read them. Most articles have an e-mail address and/or Twitter handle for the writer. Your pitch can say, “I know you write a lot about…. Well, our company does….”

Tip Number 9) They Know Nothing

One of the first rules of journalism is to assume that your readership knows virtually nothing about the subject of your story. Since public relations/media relations practitioners are basically journalists working from the other side of the street, that’s equally true when you’re answering news media questions. That is, you assume they don’t really know a great deal about the story, a not surprising assumption, since many reporters are generalists, not specialists, on the subject where YOU are the expert.

So, make sure you make your information clear, and, if necessary, offer to send them additional information, ideally in hard copy (i.e., by fax.)

Tip Number 10) When the Media Statement is About an Event, There Isn’t Time to Poll

Organization and association members and boards are sometimes leery of taking public positions on an issue and feel there needs to be a vote, a consensus. On a timely event, in the 24/7 news cycle, you don’t have time to poll everybody. Suppose the vote is 10-1. The organization/association should have an understanding of what they represent, so must trust the executive director and/or public relations/spokesperson to say the right thing. They’re in those positions for a reason.

For example, SBN wants to take a position on Donald Trump nominating anti-environmentalist Scott Pruitt to head the EPA. It can be assumed that in an organization like SBN, whose motto is People, Planet, Profit, the members are going to support a stand against Pruitt. CNN, Nightline and Rachel Maddow are waiting. You don’t have time to poll the members or the Board. You think the other people being interviewed cleared it first?

Another way of looking at this list is as a guideline for handling the news media. As such, the best advice is, “handle with care.” Yes, you should also keep it simple. Be patient. Keep your cool (don’t overreact to inflammatory questions). Listen closely to what they are saying. Get to the point when answering. Journalists are looking for mnemonic quotes that anyone can understand.

In the end though, handle the news media with care. While they can, and do, give you free publicity in news stories, it’s not by definition the publicity you want, and the news media are NOT your friends. Their job is to sell — newspapers, web space, air time, etc. Not to support you. And they do that by publishing what they perceive is the story, not what you perceive.